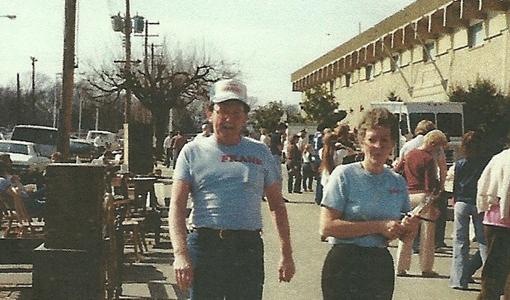 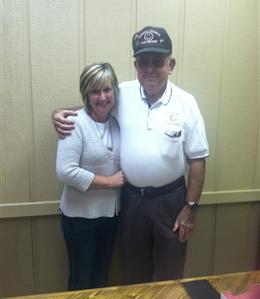 Here is the one and only, Friendly Frank...along with Betty, the Flea Market Lady.  Frank started the flea market in Jackson, TN back in the very early 90's! Frank never met a stranger and people were instantly drawn to him because of his kindness, his honesty and his wonderful sense of humor.  He treated everyone the same....whether they had $1M or $1!  He helped everyone!  Betty worked side by side with Frank (although, she would argue that she was the boss!).  Frank and Betty are no longer with us, but the wonderful memories of them live on and on.  The market continues to be managed by one of their daughters, Peggy Mullikin Adams.   Peggy began managing the market in 1994 and has kept Frank and Betty's memory alive and well in Jackson, TN at the market.  Another member of our management team is George Flowers.  George and Frank started working together in Memphis back in the early 80's and originated shows in Tupelo, Biloxi, Jackson, MS, West Memphis, AR and Jackson, TN.   George can be recognized by his Flea Market cap and his genuine desire to help vendors and shoppers.  He is a retired police officer...so don't mess with him!